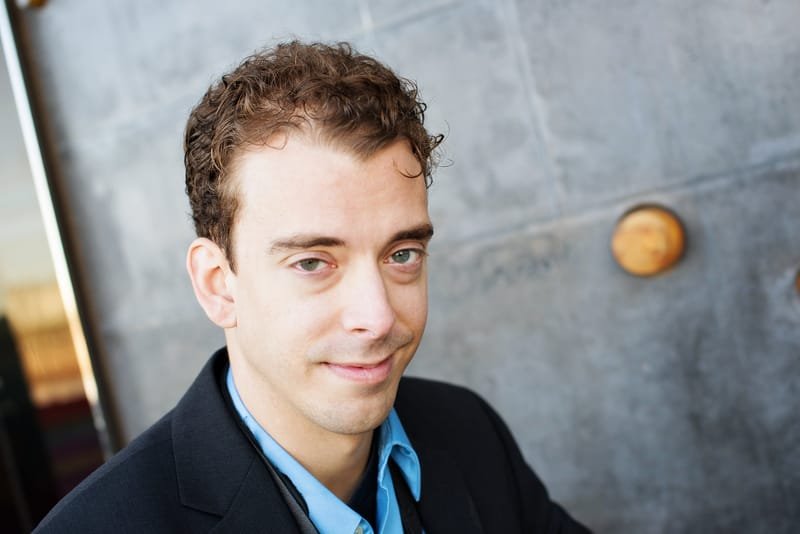 Thomas Snydacker is the saxophone instructor at Northern Illinois University and the Merit School of Music in Chicago and is a member of the Chicago Philharmonic.

Thomas Snydacker, a concert saxophonist and educator based in Chicago, has been praised for his "plush tone" (South Florida Classical Review) and his "stunning tour-de-force" and "thoroughly compelling" performances (Chicago Classical Review). Snydacker is the applied artist of classical saxophone at Northern Illinois University and is a performing member of the Chicago Philharmonic. He has appeared as an orchestral musician with world-class ensembles including the Chicago Symphony Orchestra, Lyric Opera of Chicago, the Milwaukee Symphony, and the New World Symphony under the batons of such luminaries as John Adams, Leonard Slatkin, Michael Tilson Thomas, Susanna Mälkki, Marin Alsop, Bobby McFerrin, and Matthias Pintscher. His festival appearances as an orchestral musician include the Ravinia Festival, the Grant Park Music Festival, and the Cabrillo Festival of Contemporary Music. An active chamber musician, Snydacker frequently performs with his acclaimed saxophone quartet, the Estrella Consort. This exciting ensemble presents thrilling programs of music both new and old throughout the country and abroad, including a 2012 tour which took them through several cities in Ecuador where they presented recitals, workshops, and masterclasses. Snydacker has also performed with such icons as Claude Delangle and the Paris Conservatory Saxophone Ensemble and has appeared as a soloist with groups including the University of Minnesota Concert Choir, the University of Minnesota Wind Ensemble, the Northern Illinois University Wind Symphony, and the University of Illinois - Chicago Wind Ensemble.

Snydacker is a strong advocate for new music and has a substantial list of premieres to his credit, including works by a pair of Rome Prize winning composers. In the spring of 2013 he performed the world premiere of Passing Future Past, a chamber work by Prix de Rome winner John Anthony Lennon. In the fall of 2009, he played the solo soprano saxophone part on the world premiere of a concerto grosso by another Prix de Rome winner, Roger Boutry, entitled Eclats D’Azur. Snydacker has also premiered pieces by such composers as Carolyn O'Brien, David Reminick, Chris Fisher-Lochhead, and Zae Munn, among many others. He frequently works with young composers to write for the saxophone, and has performed works by student composers at such institutions as Northwestern University, the University of Southern California, and Columbia College Chicago. Aside from his work with various orchestras, Estrella Consort, and as a soloist, Snydacker has performed with such notable new music ensembles as Mocrep, a.pe.ri.od.ic, and Ensemble Dal Niente.

As an educator, Snydacker carries more than a decade of experience, with students covering a broad spectrum of age and ability levels. In addition to his duties on the faculty of Northern Illinois University, he is the instructor of saxophone at the renowned Merit School of Music in Chicago, where he teaches private lessons, conducts weekly technique classes, and coaches chamber music. He has previously served on the faculties of the Northwestern University Bienen School of Music, the University of Illinois - Chicago, and North Central College. He has presented talks about the saxophone and various other topics to music students at the University of Cuenca and Columbia College Chicago, the Claremont Colleges, and the University of Michigan, among other institutions. He has given masterclasses for students of a wide range of age and abilities throughout the country and abroad including the University of Tennessee - Knoxville, Arizona State University, Vanderbilt University, Western Michigan University, and many others.

Snydacker holds a Doctor of Musical Arts from Northwestern University, where his research focused on spectralism in the saxophone repertoire. He earned a Master of Music from Arizona State University under the guidance of Timothy McAllister and a Bachelor of Music in saxophone performance from the University of Minnesota, where he studied with the esteemed saxophonist and pedagogue Eugene Rousseau and was a Lehnerts scholar. During his studies in Minnesota, Snydacker performed extensively throughout the Twin Cities area with various jazz and rock groups in addition to his busy schedule as a concert soloist and chamber musician. Throughout his education, his playing earned him numerous accolades, including the 2009 Yamaha Young Performing Artist Award, a berth in the final round of the inaugural International Saxophone Symposium and Competition, and two appearances as a semi-finalist in the prestigious Fischoff Chamber Music Competition.